Finally the International Break is over and we can get back into the Premier League season! To celebrate this action packed weekend here in our great city it’s another edition of our Indy Red Fan Focus. Up this week we have another of our female Indy Reds(yes the Liverpool love here in Indy is not just a boys club)

How did you pick Liverpool as your team? In Junior High, I had to write a paper on a Socialist. I asked my stepbrother if he had any ideas on who I could write my essay about. As a huge music lover he told me to check out Bill Shankly, “from the land of the Beatles!” So I did… I mean, you kind of can’t go wrong with the Beatles. For two weeks I learned everything I could about that man. Passed my essay and class and still could not stop reading about Shankly. I was without a doubt hooked on him. Which made me (A huge West Ham fan at the time) take an interest in the team that he had supported and loved. Took a step back from the Hammers and realized that Liverpool was for me. Proud Red ever since. They were more than just a team, they were a family and included it’s fans in this big family as well.

First LFC memory? Growing up a West Ham fan, I had watched a few LFC matches when they were against WHU. Before making the big switch, I always thought LFC had the greatest song. As I began to get more involved with LFC, the song started to have more meaning and to this day, You’ll Never Walk Alone still gives me chills. But I’ll never forget the first time it happened. As far as first LFC memory during a match… When Michael Owen scored his 100th goal with LFC vs WHU. I was 13 and blown away. I was happy for him as a key player but also happy for Liverpool as a whole.

Favorite LFC memory? Of course, ISTANBUL.!! But watching them return to Liverpool and the response from the fans was overwhelming. Imagine being there, with over 700k fellow Reds. Even from Indiana, you could feel the love and it was beautiful!! Hands down, my favorite LFC memory.

Do you have any superstitions or traditions you do/have for each match? Always a pre-match FaceTime session or phone call with my footy partners in crime across the pond. My phone will be going off for hours before the match “You awake? WAKE UP! It’s match day!” Granted they are already drunk. We talk about how we think it will play out, what we are drinking, if we are going anywhere to watch it, etc. Other than that, You will never see me with my nails representing anything but LFC throughout the season. Such a girl answer, whatever. Lol.

Where were you during Istanbul? I was a junior in high school. No cool story about watching them win and getting tanked. More along the lines of last minute studying for finals, calling my stepbrother between classes, and wishing the day would go by fast.

Favorite Current Player and Why? Gerrard and Sturridge. Stevie G.! Because, well… He is literally a legend. His passion for the sport and club makes me proud to call myself a Red, and proud to call him my badass Scouse Captain. Studge.! He is just amazing. He and Suarez as a pair were fierce and unmatched. Now with Suarez being gone, I feel we will truly be able to see him rise and I am especially excited to watch him this season.! He never lets me down and always makes for a good match. Plus, his dance is tops. Lol.

If you could meet or have dinner with any LFC player/manager ever who it would it be & why? Bill Shankly. Bill Shankly. Bill Shankly. To be able to be in his presence and hear his story out of his mouth would be such an amazing moment. I’m not entirely sure what I would ask him, as I would be in awe at everything he had to say. Of course I would thank him for being such an influential figure in LFC history and give him praise on his life and all he had done. As far as the course of the conversation goes, totally go with the flow and just listen to him. See what advice he had to offer and just take in those few hours with him and truly listen to everything he had to say.

Favorite LFC kit ever? I’m a huge fan of last seasons kit, it was just clean and sleek looking. The Liverbird on the chest and the gold looks really good on the red. The bright white on the collar and sleeves makes it stand out even more. I wouldn’t mind if they extended using the same design a bit.! My favorite kit ever, 2008 home kit. I love ADIDAS. So the ADIDAS logo on the middle as well as the triple stripes were great to look at. The full color Liverpool crest on the chest made it a definite win/win.! I would love for them to put the full crest back on the kits and would also love to see that ADIDAS logo again. Just sayin…

You are Owner of Liverpool for 1 day what do you do? If I were Liverpool owner for 1 day, I would make it easier for fans outside of UK to make it to a home match. Possibly have a series of contests allowing a few winners from supporting countries the chance to win a home ticket including airfare and the opportunity to meet the players. It would end up being a bit costly, but I think that would be great for the loyal fans from other countries.

Where do you go to get your LFC news/info? Before joining Twitter, I got the bulk of my LFC news from the LFC site, Friends in England, as well as a Liverpool News app. Having Twitter, it seems to come from all over the place now. Constant updates from fellow reds, official accounts of the players, LFC Indy is the reason I joined on twitter. Two thumbs up. 🙂

LFC have just won the league, where are you going for a celebration dinner in Indy Area ?Get on Twitter and figure out where everyone was going, to meet up with my fellow Indy Reds! Celebrate properly, surrounded by awesome people who have the same passion for the same great club. Call off work if we got to, we just won the league. 🙂

Newest Signing or Young Player you are looking forward to seeing this year play? I’m looking forward to watching Sterling, of course. He’s such a valuable member of the team and has a lot to offer. Also just fascinating to watch.

Favorite LFC Goal? Gerrard’s 90th min goal against WHU in the FA cup leading up to the win. Such a great match as a fan of both clubs.!

Have you ever seen LFC play in person? I’ve never been to an LFC match. I don’t think I will go to an LFC match anywhere until I see them at Anfield first. I’m a stubborn person and although I know they will be amazing anywhere, I am set on my first time being at Anfield. I just know that there would be no other way to experience it first hand than to be at home.

What other sports do you follow or hobbies do you have?  Pretty busy with my two awesome kids, but I’m an avid collector of Star Wars memorabilia and pandas. I love reading and learning about different cultures. WWII History obsessed. I also enjoy helping out with charities when I can. Always a good feeling to pay it forward.

Best Local Indy Area Beer to have during an LFC match? Favorite local beer would have to be Oaken Barrel’s Snakepit, Brewed in Greenwood. I love a good porter and it’s my favorite locally brewed. I am also a fan of their Indiana Amber, for those who enjoy Amber Ale.

What makes you most proud to support LFC? I am proud to be a Red because when you meet a fellow Red, you are automatically like family. Being able to have that in common with people is a great feeling. You just pick up like you’ve been friends for years. As a whole, we are a welcoming, friendly, diehard group of fans who share the same respect and love.

Best thing about being an Indy Red? Being able to build friendships with others nearby who share the same love for LFC as you.

Thanks Tomi, always fun to post these each week and learn about our Indy Reds. 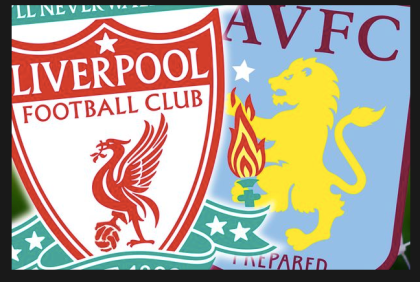 Your RedMen are back in action this weekend, Saturday 12:30 kickoff v Aston Villa. Should a pretty good match. The Villains have given us some trouble the last two times out at Anfield.
Here is Brendan Rodgers Pre-match press conference.

LFC have been hit with the injury bug of late. Out this week will be Sturridge(2-3 more weeks) Skrtel, Flanno, Can(up to 6 weeks) Johnson.

Good news…Lallana is fit to play and it looks like Hendo is a go too.
We also have a much deeper team and bench then we’ve had in previous years. Luckily we also have a little “softer” schedule over these next few weeks.
Will be good to see players like Lallana, Markovic, Lambert, Borini come into the squad and step up.

Get out to Union Jack Pub! Should be packed. If you’ve never been to Indy Anfield this is the perfect time to come out. Great kickoff time to go and get some lunch either before or after the match. Get some good food and beer in before you head down to the Indy Eleven match that evening.
Speaking of Indy Eleven looks like we are going to have quite a few Indy Reds there. Who is up for a tailgate meet up before the match? Yes we probably just got done seeing the majority of you at UJ’s but Come on out to the tailgate and say Hi to everyone and drink some good beer to get those vocal chords warmed up to cheer on your Indy XI.
Look forward to seeing Union Jacks packed on Saturday & meeting more of our Indy Reds.
YNWA
-Nile-